If you haven’t met Tom, allow us to share a brief introduction to our new bank president.

If you haven’t met Tom, allow us to share a brief introduction to our new bank president.

Bill Allen shares what he’s learned by working alongside of Mark Herren. 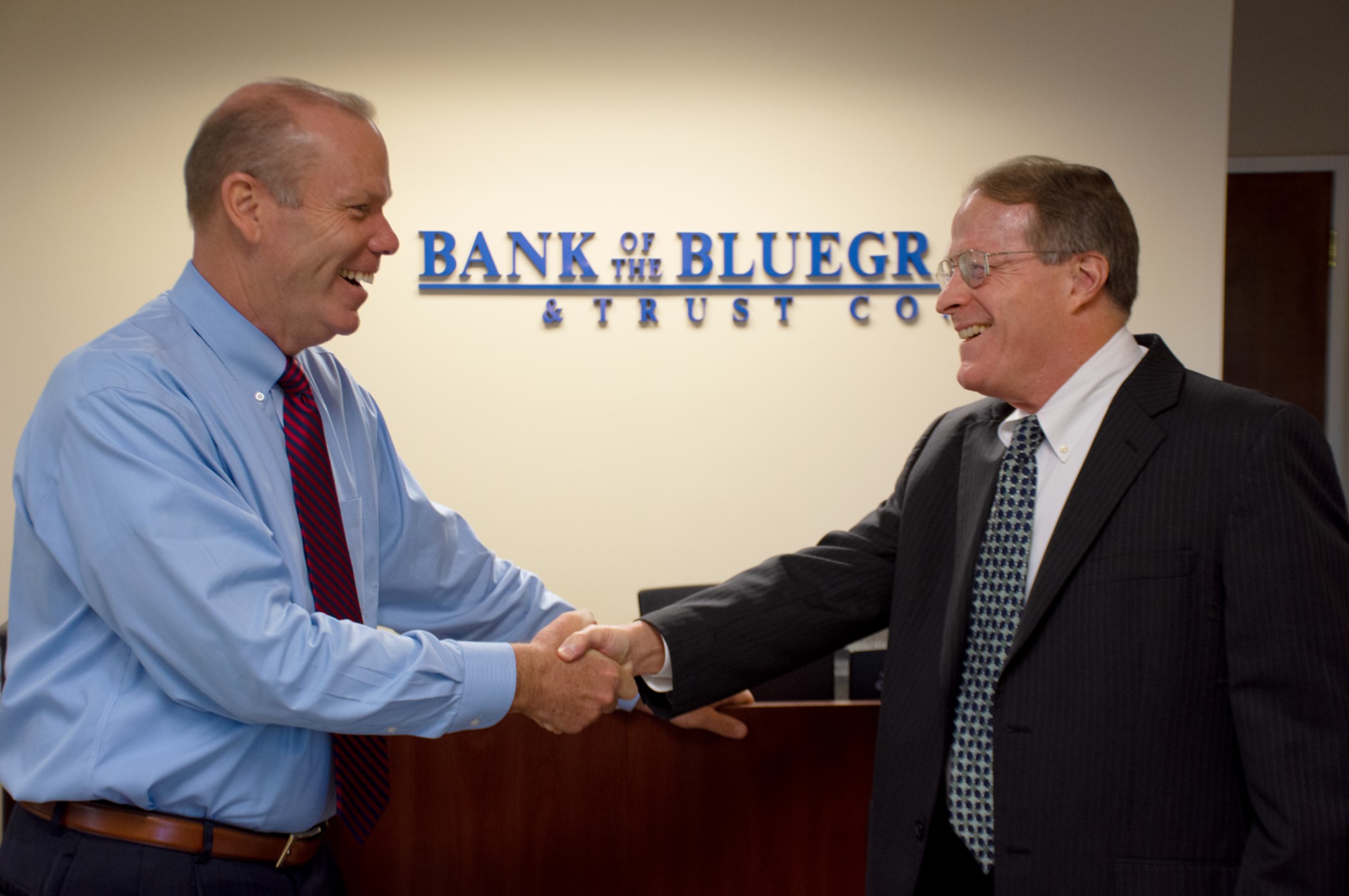 Over the past 16 years, I’ve been working alongside our CEO Mark Herren. That is just over half of the time Mark has put into Bank of the Bluegrass, a career the likes of which many of us will never see.

Mark is more than a boss. He is a true example of servant leadership, and I’m grateful to say he’s been a mentor to me. Through his guidance, I’ve seen, absorbed, and eventually contributed to so many of the values that make us different than other banks: honesty, integrity, kindness, and a spirit of friendliness, among other things.

I knew from my first interview with Mark in 2005 that not only this bank, but also its CEO, were cut from a different cloth than what I had experienced during my 16 years at other banks. It reminded me of the sort of quiet strength that I saw a lot as a kid growing up in Eastern Kentucky. Even as the bank experienced incredible growth under Mark’s leadership, opening new branches and taking on new financial endeavors, Mark never boasted or became proud. In fact, he was always the first to praise his team and to call out the individuals who were helping realize these successes.

Mark has shown me what true honesty and integrity look like in a financial institution. During the Great Recession, all banks got hit hard—but we didn’t run from what that meant for us. We approached the Herald Leader because we wanted to talk openly about the challenges we were facing, to apologize for the mistakes we’d made and to show that we were learning from them. When they ran the story front page, above the fold, we had a flood of customers who contacted us to say, “you’re our bank, and we love you.” And that was because of the culture Mark ensured as CEO.

What excites me most about accepting a new role as of September 1 is the opportunity to continue the bank’s commitment to customer service, which existed long before me—and even before Mark, though he nurtured and emphasized that commitment. It’s baked into our mission with our promise to know customers by name, to be responsive to their needs and to go the extra mile.

My vision is to carry on the leadership legacy of those before me and even to surpass it to become known as the business with the best customer service in the state.

I am grateful and humbled to have been able to learn directly from Mark Herren, and now to be able to take on the role of Bank of the Bluegrass’s CEO. Mark’s shoes will be hard to fill, but it is my promise that I will do my best to uphold the strength, tenacity, integrity, and commitment to customer service this bank, its team members and its customers have come to expect. Thank you all for the opportunity to lead—and thank you, Mark, for the example of how to do so.